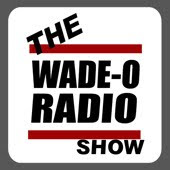 Check out this application on the App Store:

iTunes for Mac and Windows

Get this App on the iPad!!!

This App is a Beast on the iPad!!! Awesome!!! it speaks of the Excellence in Ministry that DJ Wade O stands for. I never met him or the team but as the “Seasoned Saints” would say “Their work speaks for them!”

Let me break this down. I now know why people say “If I was stranded on an island, I would only need these essentials….” Trust… My iPad and The Wade-O Radio App is at the very top of the list!

I’ve been and admirer of this genre of music since artists (on Cassette Tapes!!!) like Stephen Wiley, Reverend Rhythm, Michael Peace and The Solid Rock Crew, The Disciples of Christ, End Time Warriors, The Late D-Boy, J C and The Boyz and many more early starters in this genre. To see how advanced we have become and more importantly that DJ’s like Wade O can present these fresh lyrics, beats and interviews guided by God’s Excellence and using the latest iPad Technology just blows me away! I remember when we had no PC’s much less iPad’s!!!

Get this App on the iPad Here!!!

Sent from my iPad

THIS APP IS JUST THE FIRST PART, CHECK OUT VIDEOS BELOW IF DJ WADE O IN ACTION WITH C-LITE. THOSE THAT FOLLOW ME KNOW I RUN, “BACKGROUND” IN THE GROUND (NO PUN)

Tune in as Wade-o talks with C-Lite about: * The background on Lecrae’s “Background” * “God Belongs In My City” * Why he wasn’t credited on Flame’s Captured album

Tune in as Wade-o talks with C-lite about: * The background on Lecrae’s “Background” * “God Belongs In My City” * Why he wasn’t credited on Flame’s Captured album

Trace Music Group & Sin Is Wack partnered with God Belongs In My City to create the GBIMC Anthem for 2011. On October 30th, 2010 – thousands of teens gathered to pray for New York City. Learn more at www.godbelongsinmycity.com

Recorded and Mixed by: Andy “C-Lite” Mineo at The Sonic Arts Center (NYC).
Mastered By: Andy Van Dette at Masterdisk

Lecrae was up in New York a couple of weeks ago, and while he was there he hooked up with C-Lite and director David Ham. With Manhattan as a backdrop they shot an impromptu music video for the song Background from his latest album Rehab. Check it out!