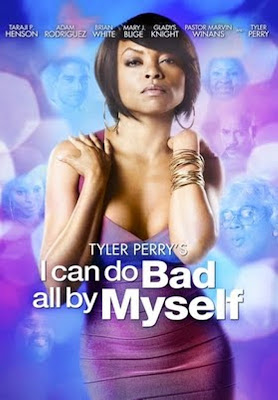 A hard-living nightclub singer discovers the importance of family with the help of a handsome Mexican immigrant in this inspirational comedy drama from writer/director Tyler Perry. When pistol-packing granny Madea (Perry) awakens to the sound of her home being ransacked by wayward teen Jennifer (Hope Olaide Wilson) and her two younger brothers, she promptly marches the troubled kids over their aunt April’s house. But despite being the only relative the kids can turn to, April (Taraji P. Henson) is hardly a role model; a self-destructive songbird with a serious drinking problem, she spends her nights at the club and relies on her married boyfriend, Raymond, to pay the bills. Suddenly, into April’s life wanders Sandino (Adam Rodriguez), a hard-luck immigrant in search of some honest work. Before long, Sandino has moved into April’s basement room, and formed a solid connection with the kids. The closer April and Sandino grow, the more April begins to recognize the importance of faith and family. When the time comes to say goodbye to her old ways and start a new life, the wounded chanteuse realizes that she may have finally found the true love that’s always eluded her.