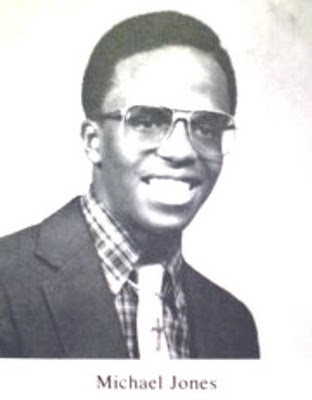 There are many visions of Wall Street. Over the years and much has changed. Let me take you down memory lane just a little bit. For some this tour may be unclear, for some it may be a little clear and for others it may be crystal clear. Back in the 1980’s I started my journey on Wall Street.

I was a senior in high school at Andrew Jackson High School in Queens, N.Y., and had joined a Co-Operative education program (Co-Op). I’m not sure how many of these exist today. I had the opportunity to work one full week with pay and then go to school the following week. A high school student stepping on to Wall Street for the first time was an experience like no other.

The first adjustment to the adult world was being told that I could address the adults by first name as opposed to “Mr” or “Mrs” or “Ms.” As I did with my High School teachers. I was very fortunate to work for a well-established firm called, The Morgan Guaranty Trust Company. As it is today, it was then that the firms wanted to ensure that students experiencing the firm for the first time got very familiar with the industry and the firm. Training back then, involved visiting a room where you were equipped with a cassette tape player, cassettes, booklets and headphones. I remember hearing words like “manifold” referring to trading tickets. You don’t here that too often now if at all. The training tapes gave information about the various departments and the company itself.

I did not feel completely out of place as I also found number of other High School Co-Op students working in my same section at the company. I handled the “manifold” tickets relative to trades that had been entered. I worked in the section called “Ticket Check Off”. The Department was called Government Bond. Here I saw trade tickets relative to what I would soon learn were Fixed Income trades such as Treasuries as well as Money Market Instruments such as Certificates of Deposit and Bankers Acceptances.

As I reflect back now what was most interesting was that that I not only got to “see” the manifold tickets relative to these instruments I also got to see the instruments themselves. This was the 1980’s and many of the instruments of the day were in physical form. I got to see US Treasury Notes with the interest payment “coupons attached”. We would attached a one copy of a multi-ply manifold ticket to the Treasury by using what then a “T-Pin” which I have not seen in ages. I was informed one day I would be delivering some Treasuries to the Federal Reserve Bank down the street (we were located on Broad Street across from the NY Stock Exchange). We had an armed Security Guard Accompany us. I later realized that as many of the instruments of the day were in “bearer” form they could literally be cashed by whoever said it was theirs.

Working in Government Bond was an excellent learning experience. I got involved with the daily proof and reconciliation. We reconciled with a group of individuals that were enclosed behind a window called “The Cage”. We ran a calculation tapes on huge calculators that took up most of a desk and used two copy calculator tape (on copy being a carbon copy). We would balance the general ledger tickets that had passed throughout the day.

There were no personal computers as we know them today. For me as a High Schooler, my taste of the Internet was during my “school week” I was able to go into a High School Room and dial-up an on line services. I would need to dial the number on the telephone and then put down the handset on some acoustic couplers (shaped like the phone mouth and ear piece) that was attached to a printing (not display) terminal. The Session information would print out on the long printer as opposed to on a display system. News and other other information would print out. That was it for the “The Net” in those days! Read more on the Technology of those days on my latest Blog.

As with most High School Students of the day, the highlight was lunch time. Most interesting enough lunch was free. Not only that, on those occasions when we had to work late we also got free dinner via a “supper pass”. For me the work, the experience and the food, was the life!

Organizations helping Youth in Financial Services and Information Technology at the High School and College Level in New York (Local Chapters have links to their respective National Offices):